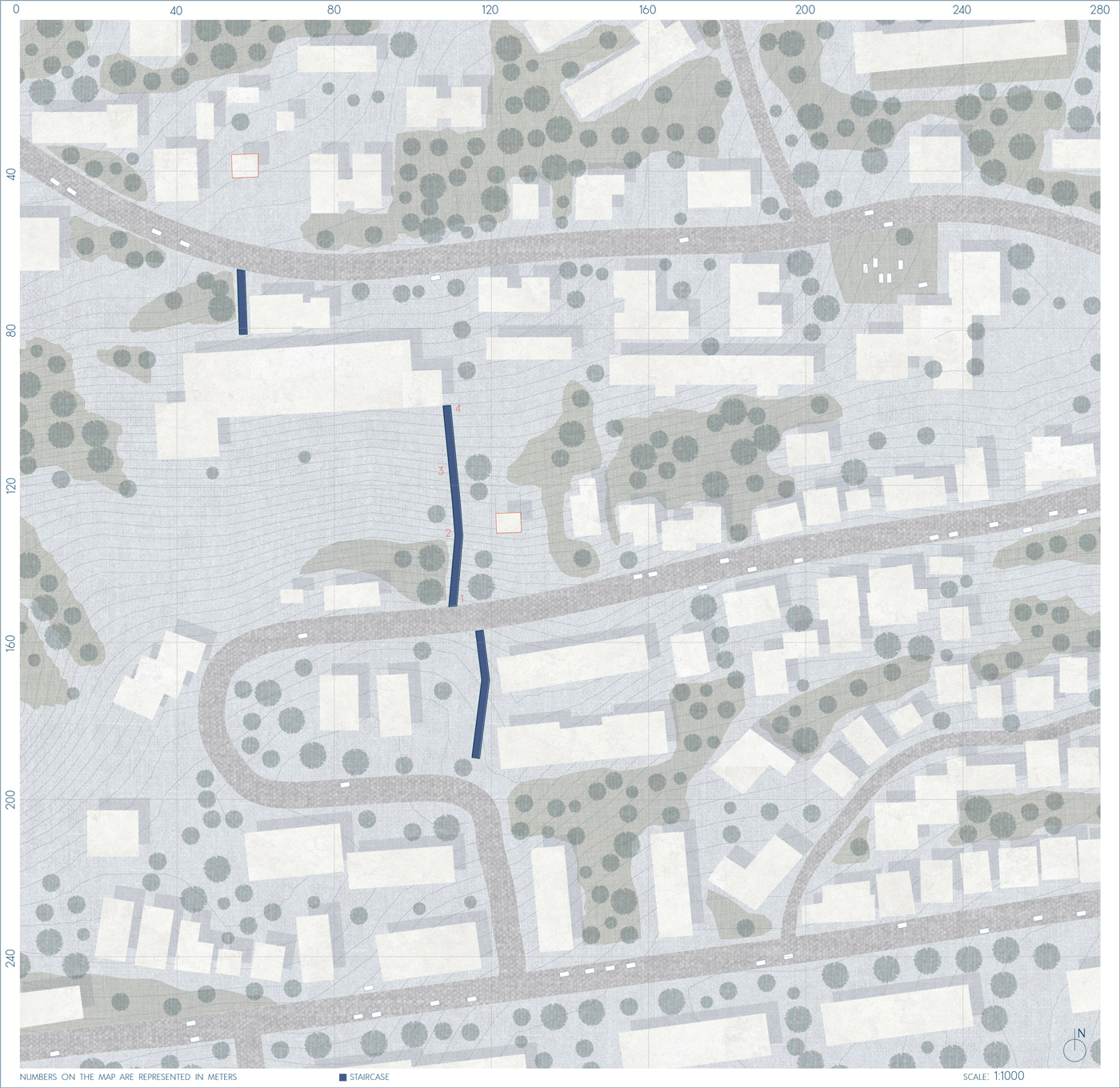 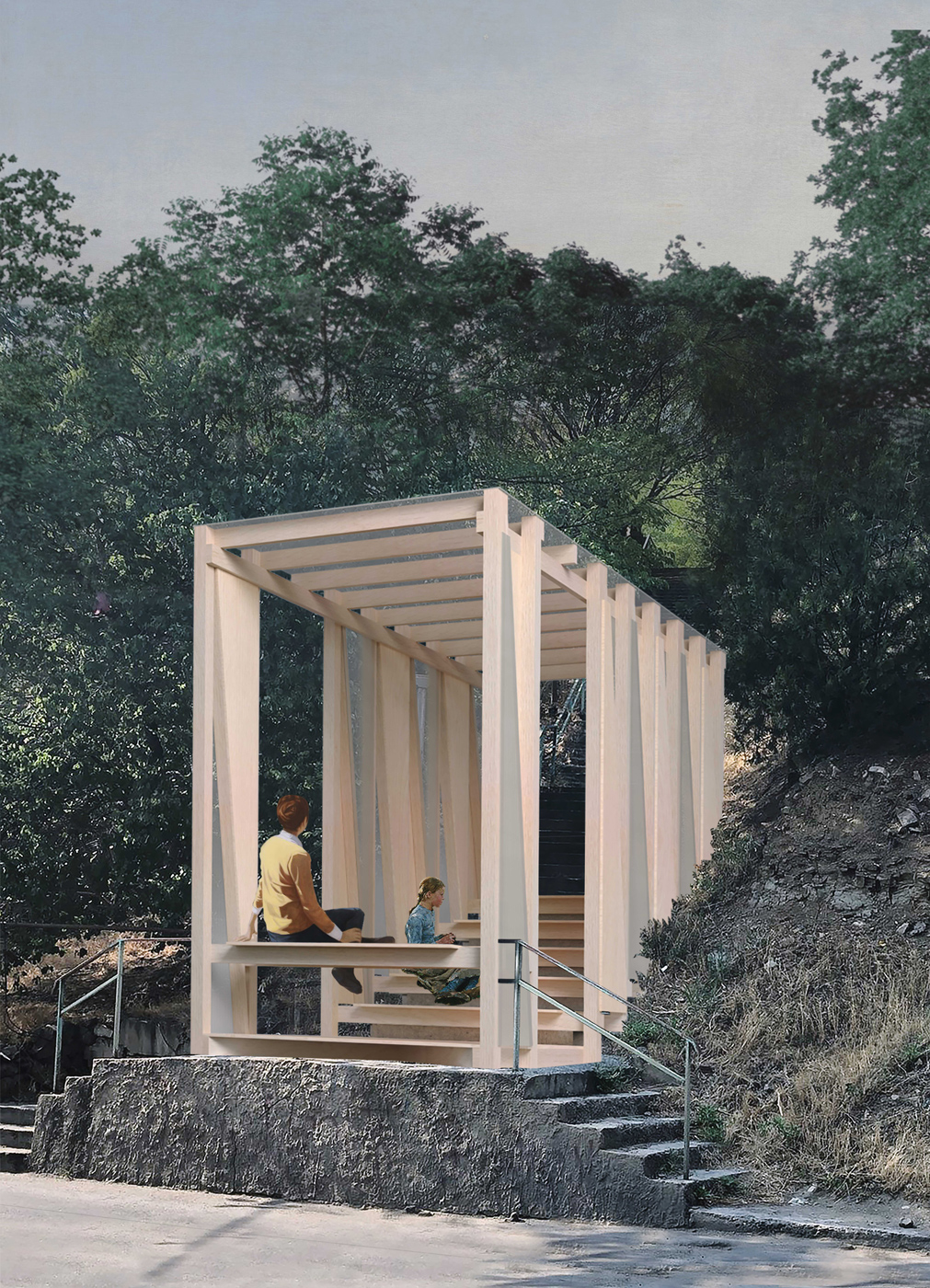 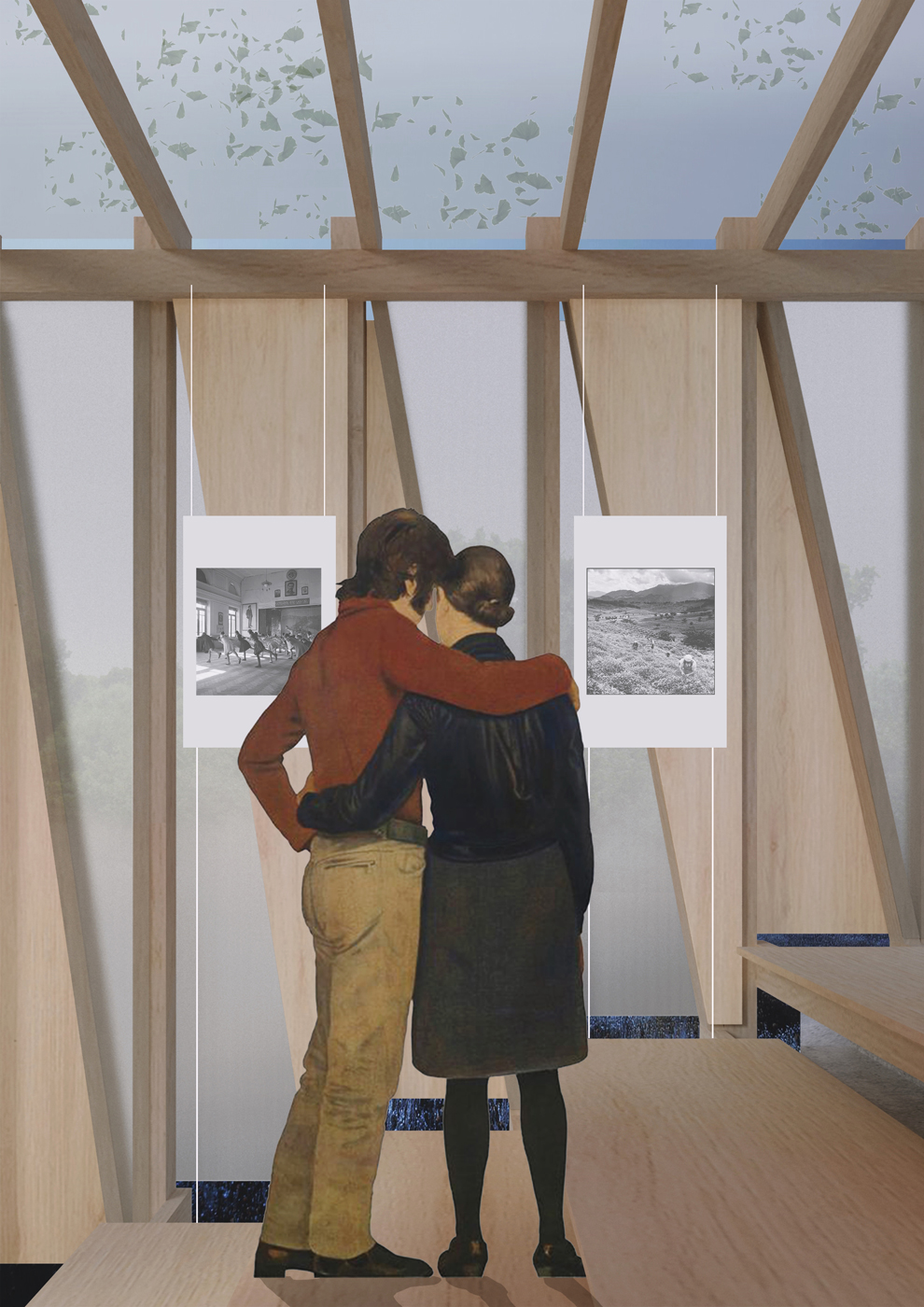 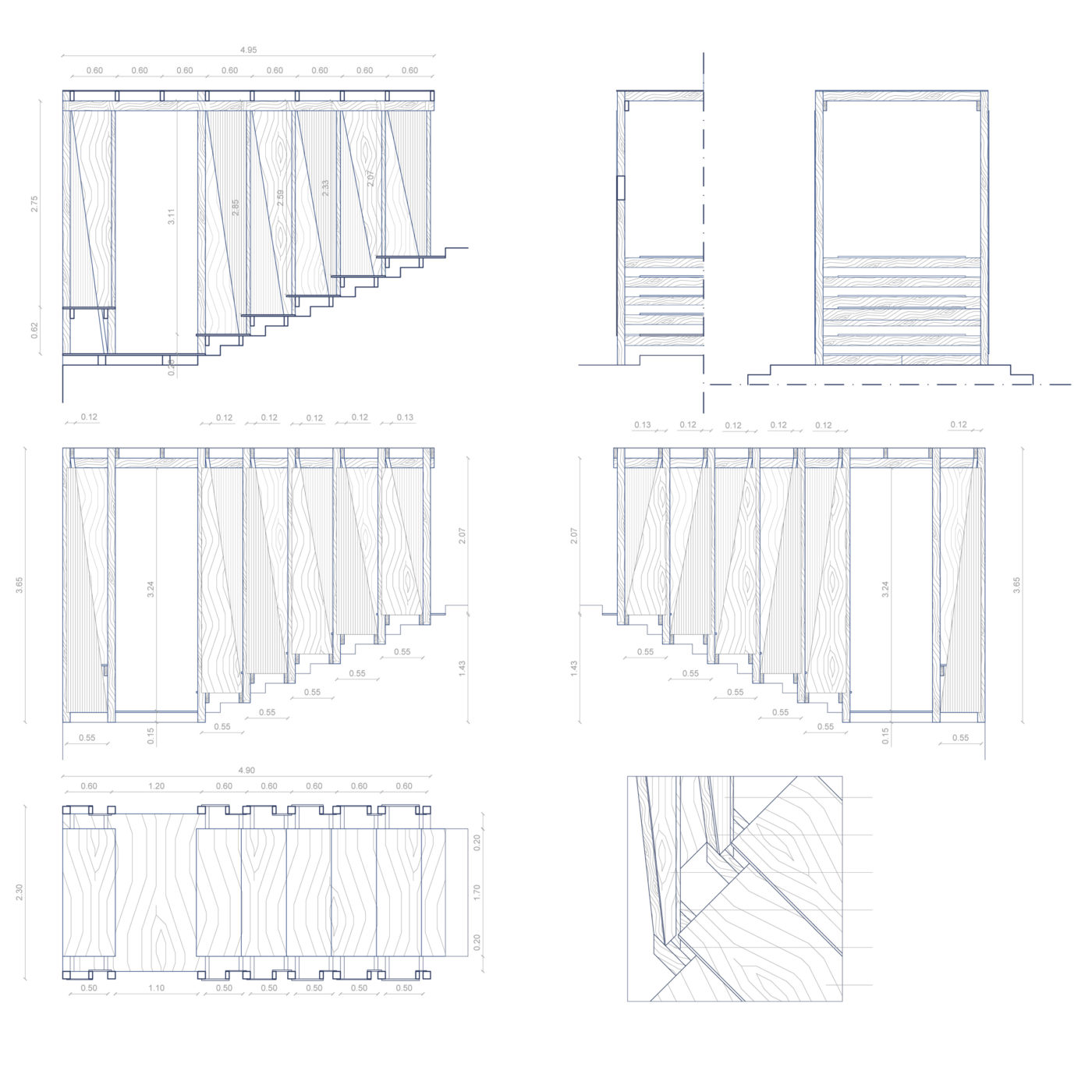 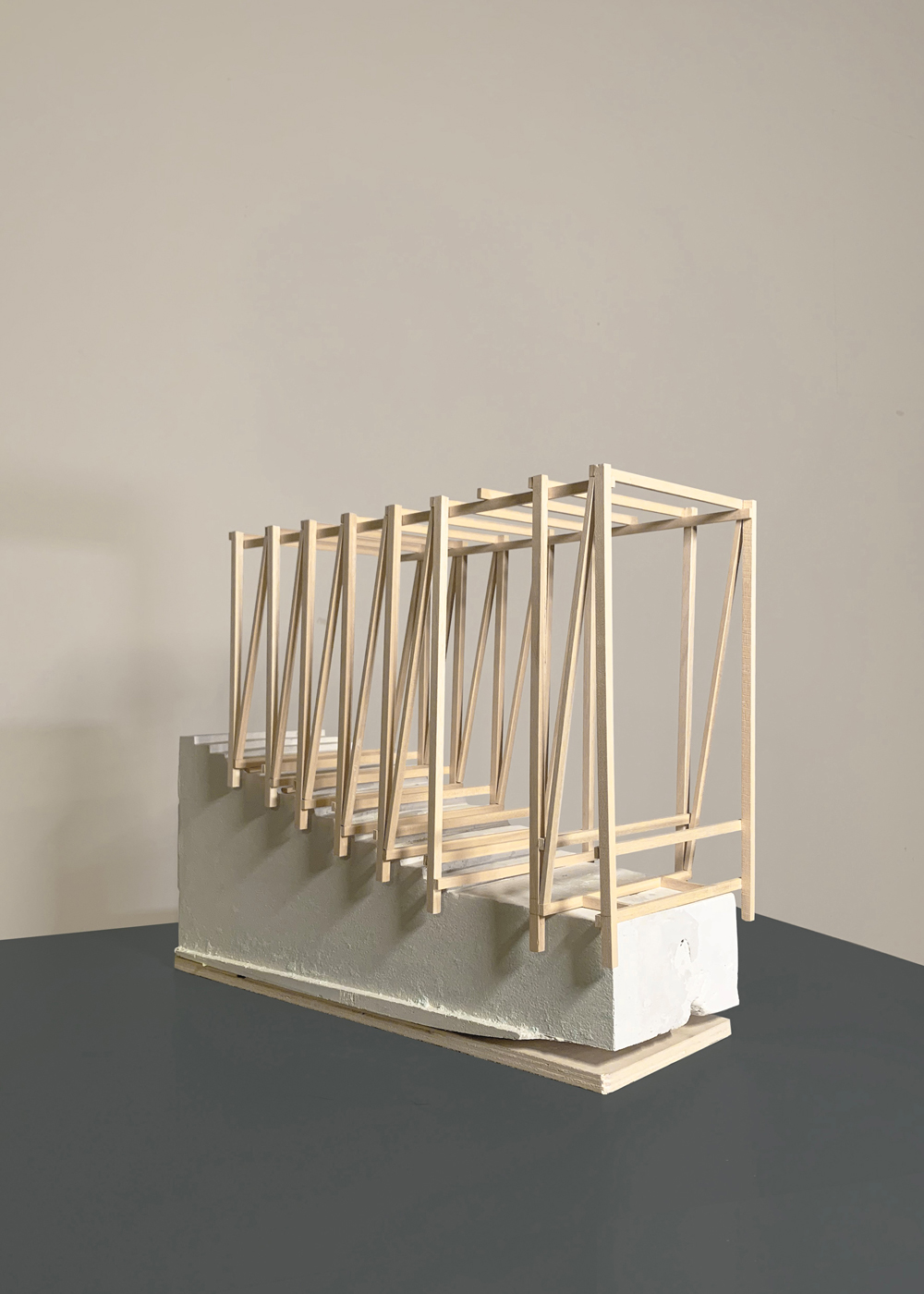 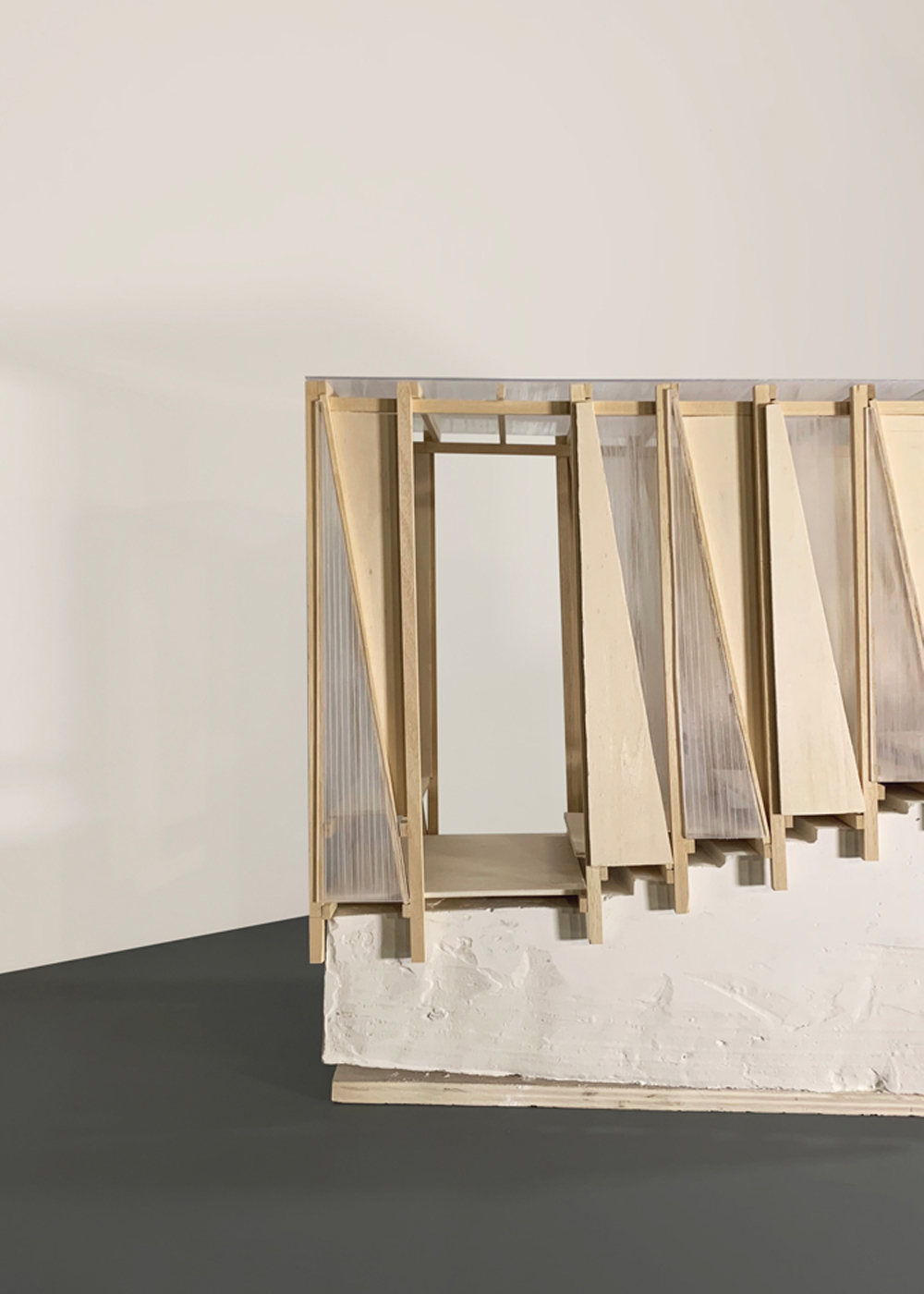 The study focuses on the capital of Georgia, Tbilisi, where, by developing site-specific projects for the neglected urban fragments, finds the opportunity to reflect on the role of public space in the contemporary city.
The architectural proposal has been developed in the frameworks of Tbilisi Architecture Biennial 2020 on the topic of Commonness. 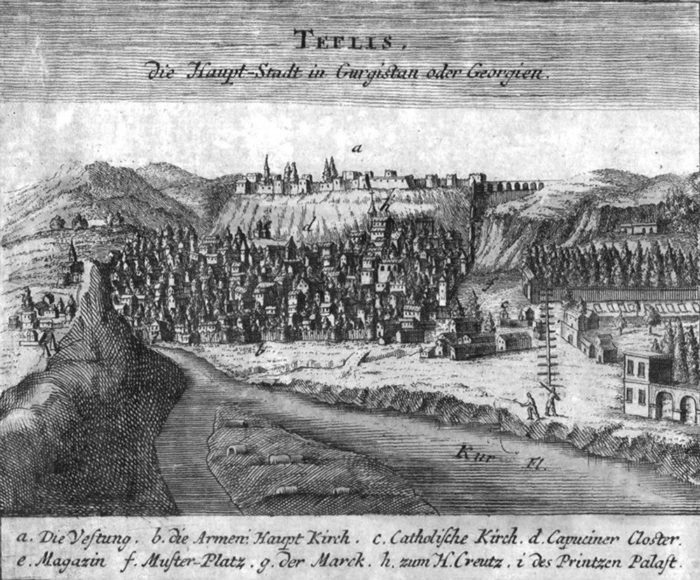 Tbilisi is the capital of Georgia and concentrates 30% of its population. Particular in its origin and morphology, the city follows the river Mtkvari and the rich hilly topography of the territory. During the Soviet period, the original built-up area stretched and the population achieved its maximum, approximately 1.25 million people 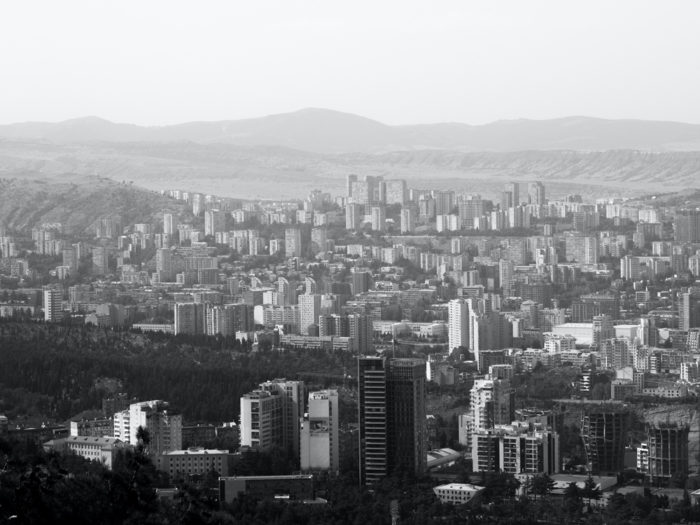 Residential building dominating the view on the outskirts of Tbilisi, Georgia

The soviet districts fill the territory as autonomous fragments, as they were creating nearly independent neighbourhoods, with their facilities and infrastructures. The city growth exceeded not only the flat areas but reached as well the hills, modifying approaches towards the context and urban fabric. 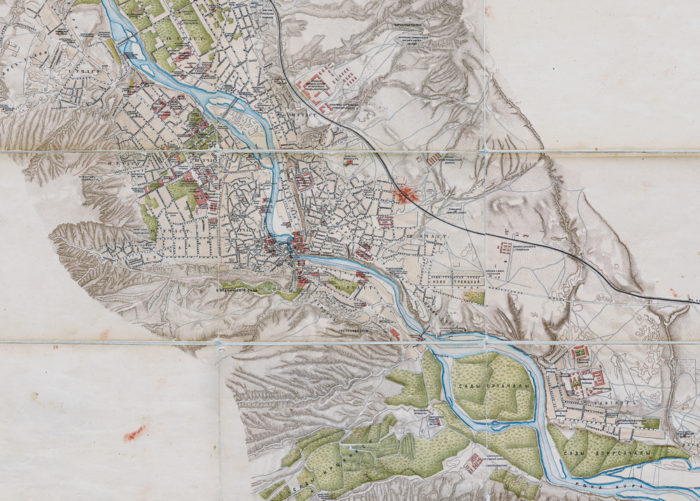 Tiflisi city plan with surroundings, created in St Petersburg by the cartographic office of A.Ilina, 1887

In fact, along with modern infrastructures, such as roads and the subway, the pedestrian path became the most characteristic connective element of the hilly tissue. On one hand, soviet buildings seem not to interact with the landscape, but only base their criteria on the quantity of the inhabitants and constructive necessity. On the other hand, the district’s public spaces inevitably refer and adapt to the topography by reinventing even some difficult slopes of the territory. 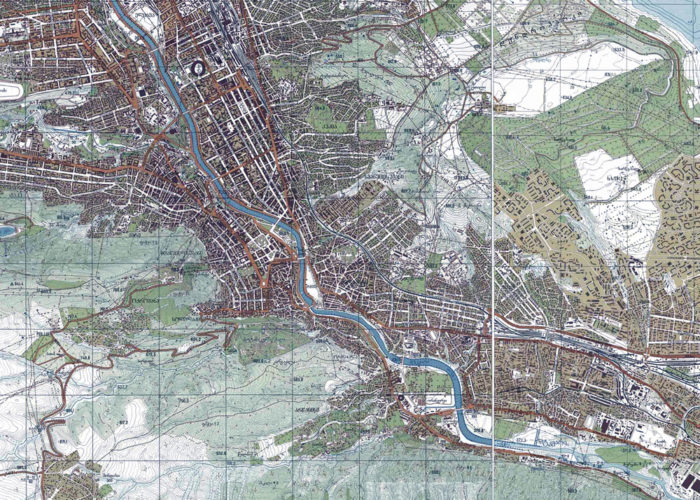 The understanding of urban processes, as a combination of physical factors and cultural aptitudes, requires a multi-scalar approach to the issue of urban spaces. The criticality in a macro-scale could relate to a very specific condition in a micro-scale. Therefore, the research developed a detailed-based strategy to reconnect architectural elements to the dimension of the city. 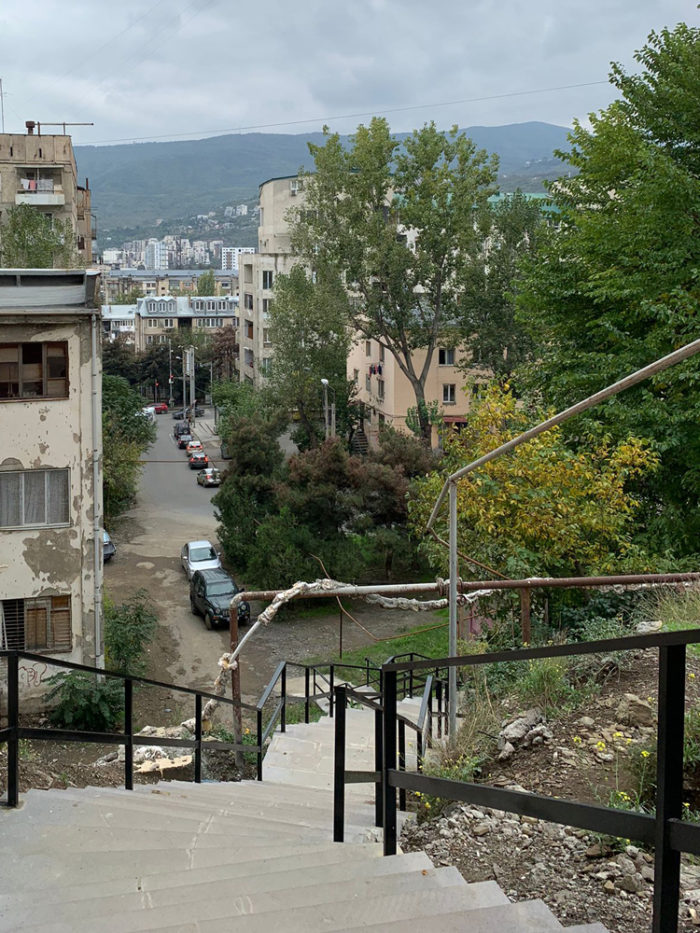 Within the research framework, the inquiry explores the possibility of a city’s existing fragment regeneration through architectural intervention. Nevertheless, the designed approach towards the modifications remain in continuity with the essential landscape aspects and concentrate on bringing forward the main topographical elements of the place as the main result of the project.

The architectural proposal reinvents the relationship between the public stairways and the neighbourhood of the Nutsubidze micro-district. In this sense, the existing concrete stairway resulted in an opportunity to generate a new hybrid of public space. The pavilion intends to contribute to the current debate on commonness. The project suggests a prototype of architecture that could reinforce the presence of public space and its use. 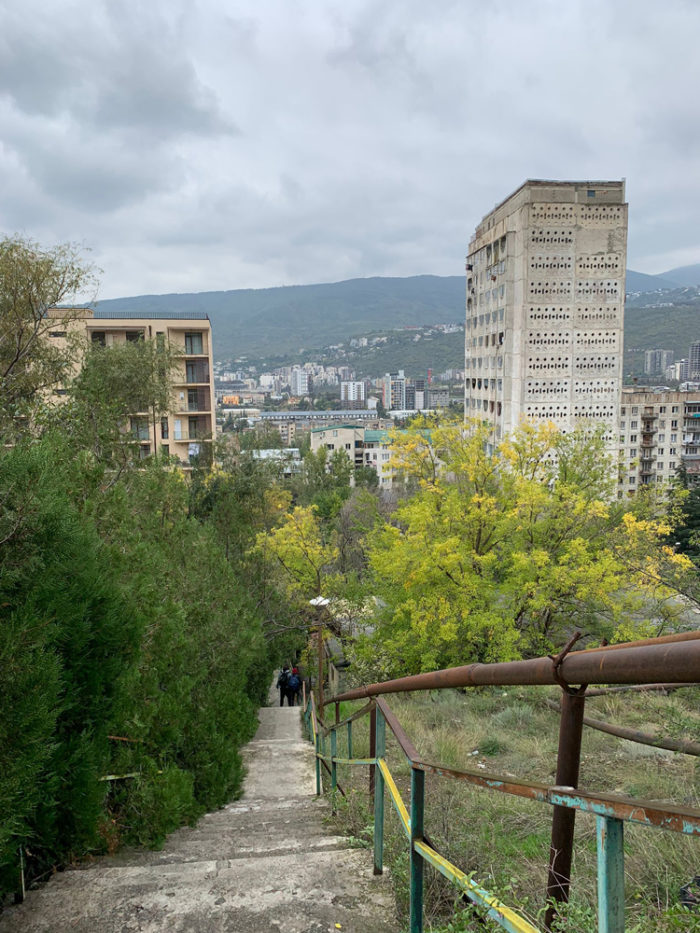 The pavilion turns the route into an opportunity to host a wide range of activities. Wooden panels lining the treads allow the low steps of the staircase to be transformed into an auditorium for small events. The idea of a space that becomes an area for small events and talk overlaps with ordinary use as a light connecting infrastructure. The elements that support the transparent polycarbonate roof become supports for temporary exhibitions for passers-by.